The Trick to Telling the Difference: PART 2/3

The verb to be and all its forms (am, are, is, was, were) are the key to telling because of and due to apart. If a sentence has a version of to be, use due to. If it doesn’t, use because of. Here are some due to vs. because of example sentences:

The difference between these usages is subtle but important. If a sentence sounds awkward one day, you can always reword it to clarify your meaning. You’re more likely to find due to in formal writing, while because of is present in informal writing and conversational speech.

Many writers are more comfortable with due to at the beginning of a sentence than because of. They choose due to because they worry that starting a sentence with because might result in a sentence fragment. However, the opposite is actually correct. For example:

It seems like due to is modifying demand. However, it’s actually modifying agreed – which is a verb. In that case, because of is the appropriate choice.

There’s almost no instance when due to can start a sentence because there is no noun for it to modify. However, if you ensure that the sentence is not a fragment, starting a sentence with because or because of is perfectly acceptable. (If you still don’t like it, just include the adverbial prepositional phrase at the end of the sentence instead.) 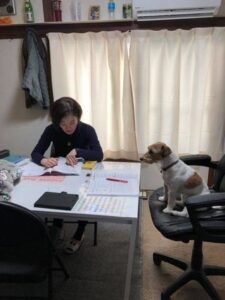 As I Get Older I Realize: